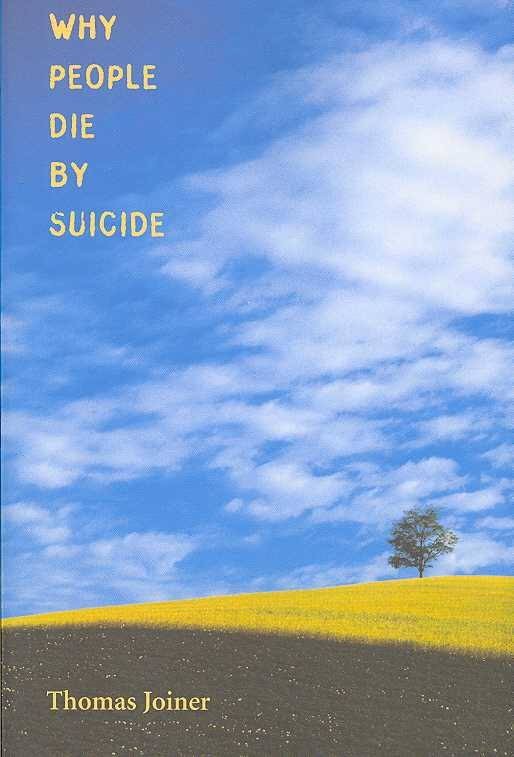 Why People Die by Suicide

Why People Die by Suicide

In the wake of a suicide, the most troubling questions are invariably the most difficult to answer: How could we have known? What could we have done? And always, unremittingly: Why? Written by a clinical psychologist whose own life has been touched by suicide, this book offers the clearest account ever given of why some people choose to die. Drawing on extensive clinical and epidemiological evidence, as well as personal experience, Thomas Joiner brings a comprehensive understanding to seemingly incomprehensible behavior. Among the many people who have considered, attempted, or died by suicide, he finds three factors that mark those most at risk of death: the feeling of being a burden on loved ones; the sense of isolation; and, chillingly, the learned ability to hurt oneself. Joiner tests his theory against diverse facts taken from clinical anecdotes, history, literature, popular culture, anthropology, epidemiology, genetics, and neurobiology--facts about suicide rates among men and women; white and African-American men; anorexics, athletes, prostitutes, and physicians; members of cults, sports fans, and citizens of nations in crisis. The result is the most coherent and persuasive explanation ever given of why and how people overcome life's strongest instinct, self-preservation. Joiner's is a work that makes sense of the bewildering array of statistics and stories surrounding suicidal behavior; at the same time, it offers insight, guidance, and essential information to clinicians, scientists, and health practitioners, and to anyone whose life has been affected by suicide.

I was so sad to hear about Lacie Weitz, Oak Park High School graduate was only 29 years old. Her artistic representations about the way she felt addicted and consumed with her opiate addiction is so visceral and such a unique perspective. I really wish she could have used this artistic

What New Communicative Behaviors Can We Do as a Society To Stop Suicides?: 0

Matt Thompson was a genuine, honest and caring person.  I am so sad that this young person who i have the pleasure of calling a friend committed suicide. One of the best thi

Something that's bothered me since I was a child is my parents alcoholism.   Its still an ongoing problem, nearly every night since I was young my parents would drink a bottle to two bottles of wine or vodka. although I was never physically abused by them they would&n